From one lone Eevee comes a fiery fighting Flareon or a lovably cuddly Sylveon! Soak your opponent with the powerful mists of Vaporeon, then freeze them over with Glaceon’s chill! Shock them to their toes with Jolteon before getting in their head with Espeon! Invoke the night with Umbreon, then strip the trees at Leafeon’s command. Be it water, electric, fire, dark, psychic, ice, fairy, or leaf, eeveelutions are the most fascinating evolutions in the Pokémon universe.
An eeveelution (known as aブイズ, or buizu, in Japanese) is the term used for one of the 8 distinct evolutions of an Eevee. The word itself is a clever portmanteau (the smashing together of two words) of “Eevee” and “evolution.” Eeveelutions have existed since the original Pokémon series – the first choices that an Eevee could evolve into were Jolteon, Vaporeon, or Flareon.
These original three choices were each individually achieved by using an evolutionary stone: You get a Vaporeon from a Water Stone, a Jolteon from a Thunder Stone, and a Flareon from a Fire Stone. In the original games, a person could not ‘catch’ all three of the eeveelutions without trading with a friend, since he or she could only get one Eevee in their own copy of the game.
In Gen II, we were introduced to two popular new eeveelutions, Espeon and Umbreon. With this addition also came a change in how the Pokemon evolved – evolutionary stones were out, and Pokémon-trainer friendship levels were in! Friendly during the day? Expect an Espeon. At night? Umbreon’s coming.
Since gamers could breed multiple Eevees in Generation II, collectors were also able to finally get all of the eeveelutions on their without trading or cheating!
Generation IV brought us two other classic Pokémon: Leafeon and Glaceon. Again departing from the old methods of evolution already in place, trainers could get a Leafeon by leveling-up their Eevee next to a large mossy rock, or a Glaceon by leveling-up near an ice-covered rock.
Like Generation III, Generation V brought us no new eeveelutions – but in Generation VI, fans were introduced to Sylveon, the kawaii fairy-type fighter! You could get Sylveon by leveling up your Eevee with 2 Affection Hearts (aka the bond between a trainer and its companion) and knowing a fairy-type move.
Eeveelutions are some of the coolest-looking, best-performing, and overall innovative creatures in the entire Pokémon series. There is one for every element and every temperament – they embody the entire 五大 (godai) idea that the series is originally based on. They have different attitudes and all come from the same beloved Eevee, the cutest of them all. They are strong, friendly, colorful, and are brimming with personality and charm. I think we can all, without hesitation, say that eeveelutions are the best Pokémon of them all!
Please have fun finding out what kind of eeveelution you are – and don’t be afraid to share with your friends! 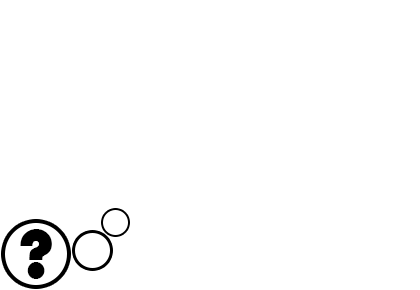 Hi, I’m Eevee! This is a fun little site for fans of Eevee and eeveelutions to hang out and see some amazing artwork.

<<< To get started, click on the EEVOLVE button to the left!

Thank you for visiting! Hope you have fun!

Hi, I’m Eevee! This is a fun little site for fans of Eevee and eeveelutions to hang out and see some amazing artwork.